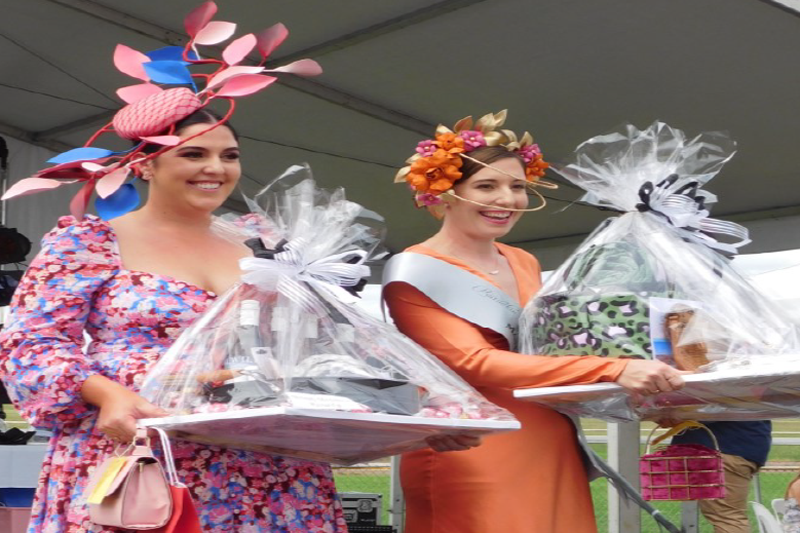 THE Burdekin Grower Race Day has continued to grow its status as one of the major events on the North Queensland entertainment calendar, after thousands of racegoers flocked to the Home Hill Racetrack on Saturday, June 21 for the 2022 event.

The course was a picture following the heavy rain of the previous week and while the conditions were overcast for most of the day, it did not deter the large crowd in attendance. Race Club President Rick Gudge said he was very happy with the attendance considering the day coincided with other major events in the region.

“It was a great crowd and we as a club really appreciate the patronage of the racing fraternity, the backing of our sponsors and community and the out-lying regions.”

He also thanked the owners and trainers for their continued support along with Racing Queensland for allowing the club to have eight races in Home Hill “for the first time ever”. “I viewed 2022 Burdekin Growers Race Day to be the best ever,” he said, “with plans already in place for the twenty-fifth year Silver Anniversary in May 2023.”

Mayor Lyn McLaughlin also congratulated the Race Club on the successful event, which was “well-loved and incredibly well supported by the Burdekin community”.

“This event injects a significant amount into our economy through the retail, accommodation and hospitality sectors, as well as patrons spending at the event itself.“

Many patrons took advantage of the offer of a carton of fresh produce to take home at the end of the day, while the crowd socialised through the evening while singing and dancing to Trent Bell and his band on the Wilmar Sugar Stage.

There were another 44 mega prizes won on the day and anyone who did not collect their prize will be notified in due course. Pick the local winners for races 3,4,5,6 and 7 for $1000 cash saw two patrons go very close to selecting the five winners but did not quite make it across the line. The winning numbers were 5, 4, 1, 8 and 5.

Official Race Judge Torrie Davies said Racing Queensland stewards had commented that Home Hill boasts one of the best racetracks in North Queensland, with a record number of acceptances and eight races on the day.

The majority of races were close finishes, except for the first in which Grey Zone (Scott Sheargold), trained by Olivia Cairns, won by 6.5 lengths ahead of Laterally, with Tex’s Girls four lengths further back.

Trainer Shryn Royes made the long trip from Richmond with her horse, Red Red Rose for the Benchmark 45 Handicap, which paid off as the horse won at 21/1 in the betting ring.

Three even money favourites greeted the judge for first in their respective races, with all other winners were at good odds.

Mackay trainer John Manzlemann had 16 horses competing in different races throughout the after- noon and they were successful with Lets Torque A Deel (Kelsey Lenton) in the feature race of the day, The Carlton and United Breweries Burdekin Cup over 1830 metres.

Trudy Bryer and Nathan Toll won their way to Brisbane to contest the Brisbane final at the Eagle Farm Race Course on June 25.