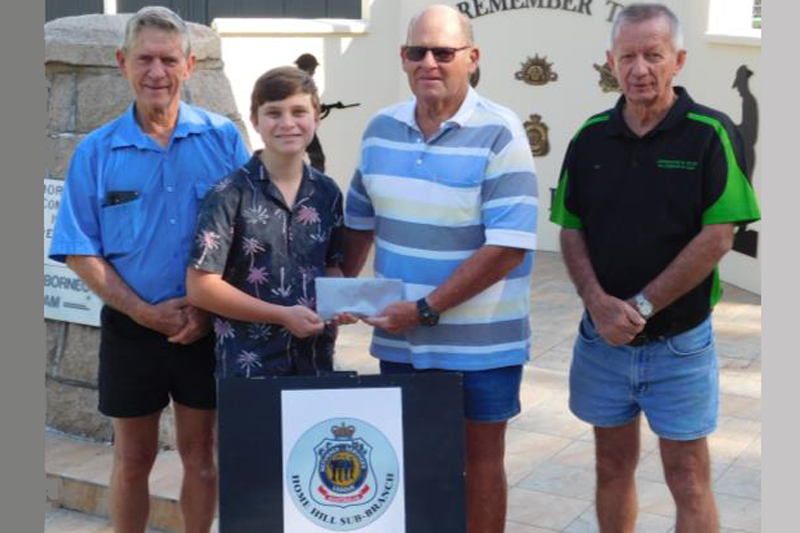 THE Home Hill Sub-Branch of the RSL has recognised the support of a young Burdekin Catholic High School student, whose efforts in the local community around Anzac Day have resulted in $410 being donated to the Sub-Branch.

Ethan Pengelly (13) started his volunteer sales efforts in 2021, selling Rosemary badges he made up himself and avocadoes from the backyard family tree to raise funds.

He continued his efforts this year, adding badges and poppies to his original stock of products, resulting in the profits all being handed over to Home Hill RSL Sub-Branch officers.

The son of Home Hill cabinetmaker, Ian Pengelly, Ethan said he did not have immediate family involved with the RSL, but he just felt that if the ANZACs had not done what they did for us, we would not be here today.

Home Hill RSL President, Richard Kelly said it was inspirational what Ethan had done through his own initiative.

He presented a “thank you” gift of a Remembrance Day Cup and Pen to Ethan for his sales on behalf of the RSL. 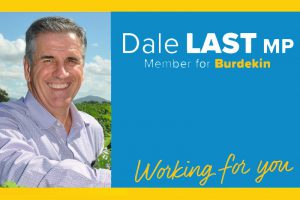