Welcome to the May 2022 edition of the Home Hill News.

You can read or download the whole newsletter (in pdf format) using the link above or read the individual articles below.

1 May 2022
The Chamber is looking for ideas and suggestions from its members and the local community on any way to improve the aesthetics of the town. In our case, any idea will be a good idea, as long as it is achievable.
Read More

1 May 2022
The funding will be used for a new packing shed, which will house cold room facilities among other items needed to establish a functioning agriculture working plot. Water pumps, sensors and a control system will be part of the funding.
Read More

1 May 2022
SWEET FM 97.1, our local community-based radio station, solely run by volunteers, took a big leap of faith and for the first time broadcast from outside of the Burdekin Shire, relaying from the Rotary field day in Townsville recently.
Read More

1 May 2022
The Memorial Hall hosted the Dawn Service, Cemetery Service and the Gunfire Breakfast. The service at the Cenotaph was well attended, despite the showers, but no- one left, which is an indication of how important this day is in Australia.
Read More

A sporting boost to the Home Hill economy

1 May 2022
SPORT provided a major boost to the Home Hill economy at the end of April as visiting cricket and netball teams joined with local participants in two major competitions over the one weekend.
Read More

1 May 2022
YOUNG Home Hill athlete, Bella Linton, has successfully competed in the recent Australian Athletics National Champion- ships, gaining a third placing in Australia in an under-17 Shotput event against some of the best young athletes from around the nation.
Read More 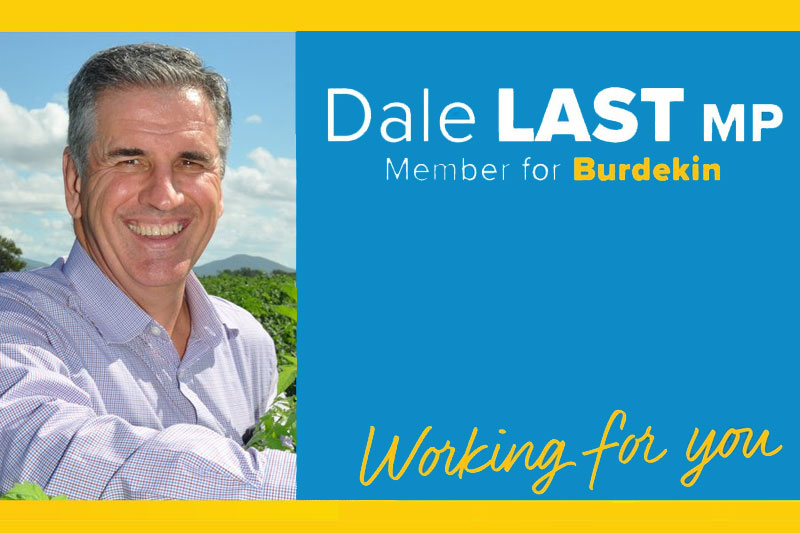 1 May 2022
While the days of every business that operates in a district having a shop front in the main CBD may be slowly changing, our CBD’s still have a place in the heart of towns, and everyone has a role in keeping that heart beating.
Read More

1 May 2022
It’s important everyone works together to ensure those who are looking to live, work or visit in Home Hill are able to see the best the town has to offer. It is why I have contacted the Minister for Environment to call for a more permanent solution to the problem.
Read More

1 May 2022
The LNP, including myself, voted against the Public Health and Other Legislation Amendment Bill. I spoke about the impact of this pandemic, the need for transparency around the health advice and how our community has continued to go above and beyond to keep everyone safe.
Read More

1 May 2022
Launching the exhibition, artist Janet Ypinazar said Amanda Lando (pictured) was an amazing young woman “who is working to become a self-taught, self-made model of whom we all should aspire to emulate”.
Read More

Mentors needed to ‘Brake the Cycle’

1 May 2022
A PROGRAM that empowers young people currently facing barriers, to undertake the mandatory 100 hours of supervised driving required to obtain a licence, has been introduced into the Burdekin. Would you like to support young people to learn to drive? Can you spare an hour or more a week?
Read More 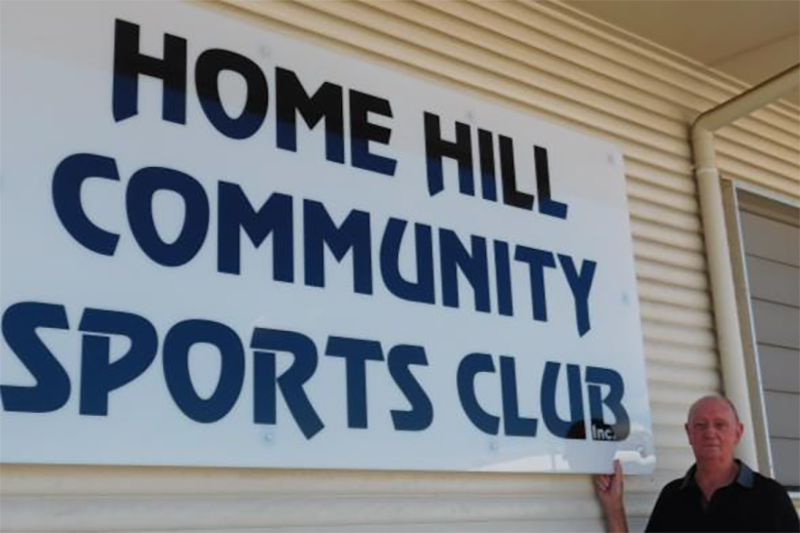 1 May 2022
THE rejuvenated Home Hill Community Sports Club is opening to the public on Saturday, May 7 for a “Big Bowls Day”, which aims to encourage more involvement in the club’s activities. Nobody will go hungry with a spit roast meal and a large range of drinks available.
Read More

1 May 2022
Approximately 50 people attended the launch event (pictured) which also featured a presentation by a North Queensland Beekeeper with some of his live stingless bees in an observation hive.
Read More

Historic mill house on the move

1 May 2022
AN historic Queenslander, affectionately known as House 15, has been sold for relocation after more than 100 years at Wilmar Sugar’s Inkerman Mill estate.
Read More

1 May 2022
A YOUNG female apprentice jockey will long remember the April 2022 race meeting on the Home Hill track, after recording her first win. Charlie Barbagallo and Leeanne Gudge, who were presented with major awards at the Country Racing Awards held in Emerald in February this year.
Read More

1 May 2022
Vandals have targeted the new frontage of the Memorial Hall already, with graffiti added to part of the work. It is just hard to understand the thought process of those who carry out these acts?
Read More

1 May 2022
Doug Chappell and his family who had a ute stolen, along with the four-wheeler that was on the back of the vehicle have been targeted again!
Read More

1 May 2022
The Council has clarified that there will not be a cane fire at this year’s ‘Feast by the Field’ as part of the Sweet Days, Hot Nights Festival.
Read More

1 May 2022
WHEN the ‘Home Hill News’ was instigated over five years ago, its main purpose was to provide news about the Home Hill community and its people, mainly because most sections of the media were totally ignoring the fact that this community actually exists—and that is still happening.
Read More 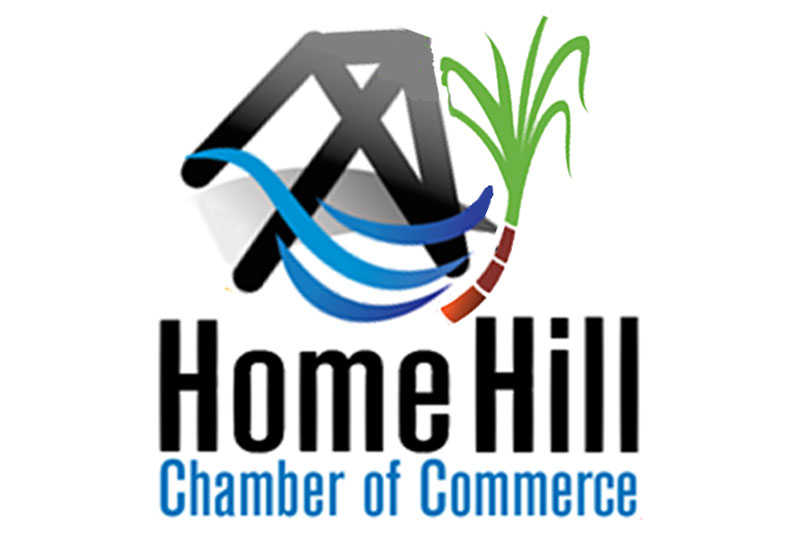 1 May 2022
THE Home Hill Chamber of Commerce hosted a positive meeting in April with a view to finding ways to take Home Hill forward and to add new life to the town’s Central Business District.
Read More

1 May 2022
AFTER having a couple of months of our “normal” wet season without more than a few drops of rain, the rainfall readings seemed to return to some form of normality in April, with recordings of seven inches and more around the district over several days.
Read More

1 May 2022
VOTERS around Australia, including the seat of Dawson, which covers the Home Hill region, will head to the polls on Saturday, May 21, 2022 to elect a new Federal Parliament for the next three-year term.
Read More

1 May 2022
THE Burdekin Race Club will be looking to emulate the success of its 2021 Burdekin Growers Race Day, as plans fall into place for the 2022 event to be held on Saturday, May 21 on the Home Hill track.
Read More

1 May 2022
A meeting to discover the community’s thoughts and ideas on how to improve the outlook for the town’s Central Business District drew a larger crowd than normal including chamber members and some non-members, several Burdekin Shire Councillors and Member for Burdekin, Dale Last.
Read More

1 May 2022
SHOWERS of rain throughout the Anzac Day morning failed to deter residents of the Home Hill community from attending commemoration services in the town, even though changes had to be made to ensure all services were able to be held.
Read More